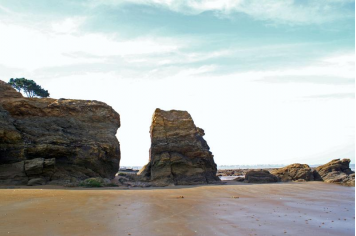 David Crosby took time out to talk about the Beatles' 1966 classic Revolver, which is set for a deluxe reissue on October 28th. Crosby, who along with fellow Byrds-bandmate Roger McGuinn, had struck up a close relationship with the “Fab Four” back in 1965, spoke about the album, telling Mojo: “Name any song on Revolver and I'll go, 'Yeah, that's amazing.' 'Eleanor Rigby'; nobody else was writing about those kinds of invisible people, so beautiful, heartfelt and kind — and such a great song. 'Tomorrow Never Knows' was beautiful, too, especially the words, but then the words on all of Revolver evolved upwards. There was a stong anti-establishment flavor, too — and 'Taxman' was one of the reasons; you can tell they're pissed.”

He went on to say, “'Got To Get You Into My Life' was an amazing piece of construction using all the tools: the brass, the choruses, everything. Even ''Yellow Submarine,' it was warm and fuzzy, like a dog toy to be played with, it made the Beatles human and open, and it made you love Ringo (Starr) right away. . . I know the other Byrds, especially Roger, were thrilled by Revolver: anyone with a brain would have been.”